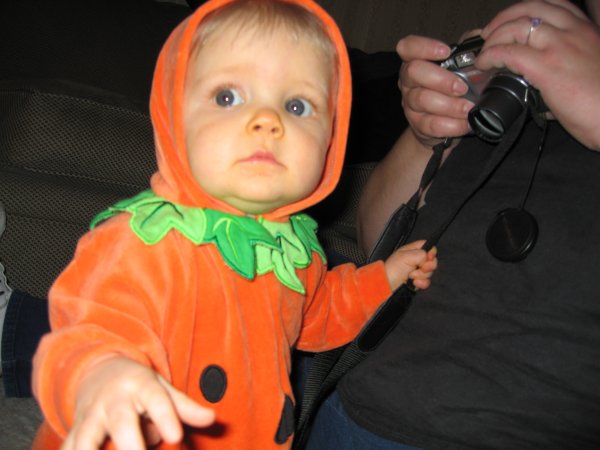 And my server keeps going down. Not good. Not good!

Causes are still being investigated by our hosting provider, but one thing they promise me is to move us to more robust machines this weekend.

We’re aware of the issue and are working on a solution. Will post updates as they occur. Things should be fine once we’re back up and running. Apologies to all effected. 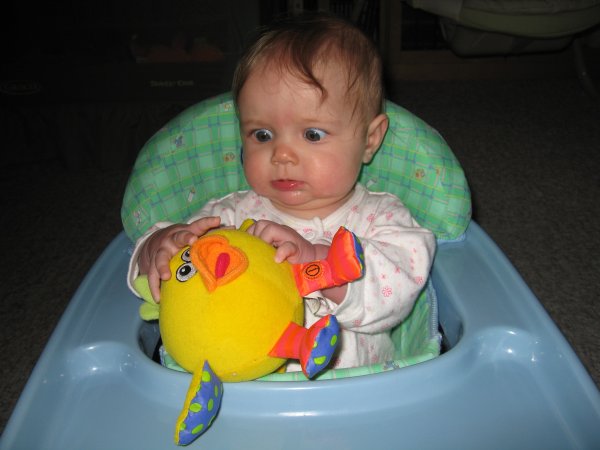 Emma looks at her ducky kinda the way I feel 🙂

Last week a prime example of the utility and the need, for news organizations like those in our newspapers, played out in the pages of the Philadelphia Inquirer as it reported on mismanagement in Philadelphia’s Department of Human Services.

Mismanagement that has led to up to five children deaths in 2006.

In the report’s wake, two officials have been ousted and workers are left up in arms and in disarray, organizing a huge protest last Friday.

Contract negotiations are taking place at the Inquirer and Daily News, in the midst of huge shifts in the newspaper marketplace. Shifts that have been taking place for sometime now, shifts that force the issue – newspaper companies must change their business models or die.

Knight Ridder papers responded to changing marketplace, the past six years, with ever shrinking budgets, ever tightening belts, and consolidation of resources and empowerment in the hands of the few. The culmination of which was the fire sale that took place over the past year.

In Philadelphia a sense of optimism sprung as it was a group of local business leaders that purchased the papers. They talked of investment, and a recognition that further cuts were almost impossible to make.

So you gotta give the Daily News’s Will Bunch a pass for the bleak tone in his latest piece on the situation at the papers and the industry at large. I’m reflecting his irony here. This post being an echo of his in a sense.

How could he not feel that way with the memo him and other Philadelphia Media Holdings employees received Friday? A memo that sounded, I bet to his ears, all too familiar.

While saving the paper isn’t about saving jobs – it is about investment. Bold bets. A look towards the future. That’s hard to do with less and less resources, with folks busy just trying to keep up.

There is massive opportunity for the papers to reinvent their business models. And there are folks at the papers with the knowledge and wherewithal to do it (read all of Will’s post). But time is running out.

More at PJNet by Leonard Witt.

You know what I’m talking about. Damn that was like a punch in the gut.

To Susie Madrak, who said goodbye her father last weekend. Read her tribute to him. If you don’t know her, you are missing out on knowing a special, passionate soul. Her part in running the Norgs unconference was central to it being a success, in every way.

And to my friend Lynne, who lost her grandson this weekend.

My heart goes out to you.

To Philly blogger and Philly Future volunteer, and friend, Albert Yee for his well deserved raise and promotion at PhillyCarShare.

To Danie for her birthday this past weekend – Happy Birthday Danie!

Sleeping Angels held its 2006 Beef & Beer fundraiser on Saturday. It was terrific hanging out with so many friends for a good cause. Pictures at Sleeping Angels and over at my brother Dante’s blog “The Mountain View”.

If you weren’t there… I missed ya.

Hey – what’s a Norg? And there was an unconference you say? Uhuh. And an ongoing conversation. We need to get our site rolling.