Sending thoughts Susie’s way, that her tests show she is ok, after going to the hospital for some chest pain.

Two instances of links reinforcing and strengthening what shouldn’t be:

Finally, from a terrific book:

You haven’t seen nothing yet folks.

More baptism pics, unconference notes on the format and on the day, and who knows what else 🙂

Speaking of serendipity, help the community by nominating a blog to be featured at Philly Future.

USAToday took a risk on a subject that no one wants to touch with a twenty foot pole. So why have so few followed up on their reporting that we’re in for voting machine trouble this year?

Did you know that there was a final push going on for a bill to support voter-verified permanent paper records? Me neither. See Daily Kos. Bill details here. Get informed. Get involved. 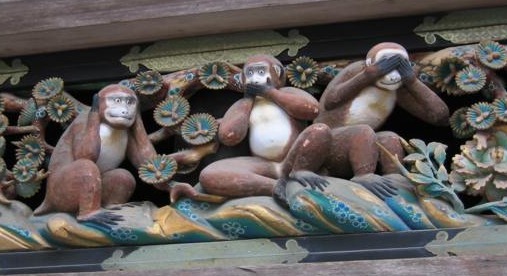 Speaking of underreported, only a few bloggers (catch them on TailRank) mentioned when Bush signed the Patriot Act reauthorization, he quietly signed a statement exempting himself from it! The press has been notably silent except for an op-ed here and there. The Right leaning blogosphere, who you would think would be ideologically opposed to the increasing concentration of power in the Executive branch of the Federal government – well they are entirely mute.

Oh, and check out WeSmirch. You folks who think that intelligent aggregators can’t compete in markets other then tech and politics will be in for an eye opener.

Family and friends came by to share with us Emma’s baptism yesterday. I’ll have more to say with many more pictures later, but I can’t help but share with you my joy and how blessed I feel before running off to work. 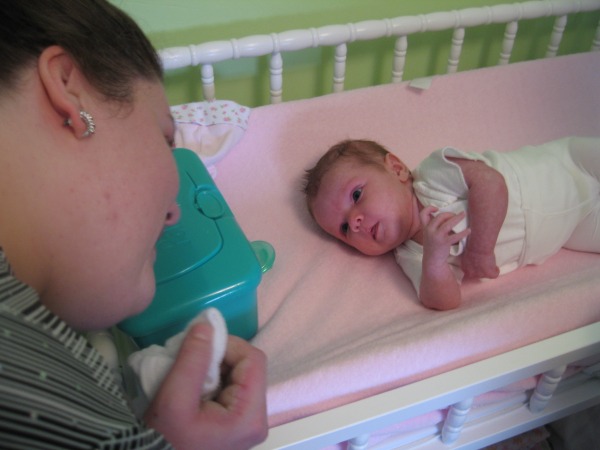 The Web thrives not because it uses a strict architectural style and a coherent technology stack. It thrives because so many sites pay little attention to REST and choose to focus on their users instead. It thrives because mal-formed HTML pages include GIFs and PNGs and Flash and badly written JavaScript that just works. It thrives because people go on the Web to send e-mail, IM, do VoIP and trade BitTorrent files.

The search for the holy grail, the one technology to rule them all, is as old as technology itself. I’m fine knowing we’ll never settle the score, never know whether Vi is truely better than Emacs, or whether Eclipse shadows them both. But unless you’re a vendor making money on one horse, it doesn’t matter to you.

If you’re a pragmatic developer, you have one tool in your toolbelt that always wins the day. It’s the ability to think, ask questions and make choices. To choose solutions that are best for the problem you’re tackling right now. And to keep learning. Because there will always be some new technology that’s better at solving some use case or another.

I wanted to post this quickly to point you to a few participants and their reports, the day was too big skip without getting at least this up. I will have more later, about the day, the format (hey – the unconference format works!), and thoughts for the future.

While not as diverse as we would have liked, we had around 40 attendees participants (everyone was a participant – there was no panel or speakers – thanks Dave) from blogging, independent publishing, and newspaper industry backgrounds. Folks that normally don’t see eye to eye – let alone see common cause. I believe we succeeded in building bridges while exchanging ideas, thoughts, and concerns.

Jeff Jarvis: Saving journalism (and killing the press): “I say this is the day that the war ends. This isn’t journalism against bloggers anymore. It never was, really. This is journalists and bloggers together in favor of news.”

Howard: After the unconference: “The room was swarming with ideas from not only veteran journalists and editors, but also from bloggers, students and people simply passionate about the future of news delivery. It was pretty exciting.”

What comes next is the rub. The next few days will determine much for two cornerstones of our community and for a number of others across the country.

Blinq: Blue Sky On a Gray Day: “The elephant of the room is the iffy futures of The Inquirer and The Daily News. Knight Ridder has sold us to McClatchy, which doesn’t want us. Bids to buy the dirty dozen are due Tuesday.”

Albert Yee in Norgs and his Flickr set captured the day in picture, in addition the folks at PhillyIMC took video. Expect that up shortly.

I’m honored to have worked with Susie Madrak, and Wendy Warren, and Will Bunch of the Daily News in pulling this together. I couldn’t imagine a better team. Thanks to Annenberg School for Communication at the University of Pennsylvania for providing the facilities and for participating (Dean Michael X. Delli Carpini was an integral voice of the day) .

And speaking of participating – thanks to everyone that came out, spoke up, and listened to one another.

We’re going to work hard at bringing together a living Norgs resource based upon the work of the day and its related continuing conversation. It will include a forum provided by the folks at PhillyBlog.com, a Wiki, and blog. Keep an eye out for it.

More linkage to come your way at Philly Future: The Un-Conference: Putting Norgs into Context.

Now I need to get back to getting ready for tomorrow (today!), a big one for Emma 🙂

It’s always a thrill to meet folks for the first time who you’ve talked to for years online. It’s doubly a thrill to to do so for a good reason. I’m nervous as hell – I’m not one for large groups of people, but this is worth it. Hopefully bridges will be built that help ideas come to life. Here’s to a good day tomorrow.

But are any lessons learned here?

…When we hired Domenech, we were not aware of any allegations that he had plagiarized any of his past writings. In any cases where allegations such as these are made, we will continue to investigate those charges thoroughly in order to maintain our journalistic integrity.

Plagiarism is perhaps the most serious offense that a writer can commit or be accused of. Washingtonpost.com will do everything in its power to verify that its news and opinion content is sourced completely and accurately at all times.

We appreciate the speed and thoroughness with which our readers and media outlets surfaced these allegations. Despite the turn this has taken, we believe this event, among other things, testifies to the positive and powerful role that the Internet can play in the the practice of journalism.

We also remain committed to representing a broad spectrum of ideas and ideologies in our Opinions area.

Then there is Ben Domenech himself at at RedState.com. RedState.com is the online community he co-founded. After reading thru this long piece, where he belittles the charges against him (that look very confirmed by the way) his signoff is what really struck me:

To my friends: thank you for your support. To my enemies: I take enormous solace in the fact that you spent this week bashing me, instead of America.

That says it all if you ask me. But ya know, I’m kinda slow sometimes, so not being a RedState.com user I followed the comments from Domenech’s post and found this beauty:

Should the entire American Left fall over dead tomorrow, I would rejoice, and order pizza to celebrate. They are not my countrymen; they are animals who happen to walk upright and make noises that approximate speech. They are below human. I look forward to seeing each and every one in Hell.

To those conservatives who couldn’t wait to find wrongdoing where none existed: Gee, funny you didn’t get all hyped up about this with Bob Bork. Or Sam Alito. I guess maybe your common sense detector — or decency reserve — only kicks in when it gets you something you want?

You’re all dead to me, as well. Too bad: One lady in particular was a favorite writer of mine. Ah, well.

Nice community there. Real swell. Not that they’d want me – but I’m certainly never going back.

Here’s the thing, from Atrios, and what I pretty much agree with:

The Post does not have to provide balance in its opinion section any more than the Wall Street Journal does. What the Post should not do is hire a conservative for the purpose of balancing journalists in order to bow to the pressure of conservatives. The former is an editorial decision, the latter is fundamentally dishonest as it tacitly admits something which isn’t true.

I know there is nuance there. People don’t like nuance. But it’s important and has to do with trust.

More by Jay Rosen who has a few ideas for washingtonpost.com.

In a link driven world, where attention equals influence, *any* attention is good attention for someone who is a pundit and in the media. Hear me out now…

WashingtonPost.com is aware of the growing controversy over “Red America” – the blog for a part (the majority?) of Americans. If WashingtonPost.com had integrity, they would realize that they didn’t just hire one half of a Crossfire-like team (do they even realize this? if so where’s the other side WaPo?), they hired a political operative and someone who appears to have had a bad plagiarism habit a while back: Salon, Salon, Scott Rosenberg, Atrios, Atrios, Atrios, Albert.

For confirmation, look at this email from the Washington Post disowning any responsibility:

The Washington Post has not hired him. The website has. The two are under totally different management. He will not be working for the newspaper. If you want to complain to the right person, try executive.editor@wpni.com.

I think WashingtonPost.com is smarter then everyone is giving them credit for. They took a calculated risk that has generated buzz and interest in their service. From folks they want linking to it. Link bait that has caught its prey. They will “cave” sooner or later and hire a hard left blogger to ‘balance’ Red America. But the influence gain is already done.

Thousands of influential conservative bloggers, plus a heaping of critical liberal bloggers have posted links pointing to Red America. On the web, such activity boosts you in Google and in services like Technorati. That boost equals influence. WaPo.com has probably already gotten a nice bump in hits but the big effect will be the additional Google-juice gained by the time the controversy dies down.

Fuck all about integrity. It’s about hits and Google visibility.

If I’m right, while I am disappointed in WashingtonPost.com – they are helping to further coarsen the dialog in this country (can’t blame them really – is *anyone* trying to get both sides to talk at that level?) – I can’t help but be impressed with their knowledge of the web, of Google, and the blogosphere. And yeah – that’s cold blooded.

Then again, I could be wrong. This is just my opinion.