Every city, every region, has its defining moments. You read about them in the history books, when hindsight’s long lens trains on choices made or squandered. Sometimes you can feel such moments at hand, as the wind shifts and catches an opportunity before it blows away.

…Philadelphia is experiencing one of those moments, with the news last week that the Barnes Foundation was seeking to move its exquisite art collection from Lower Merion to the Benjamin Franklin Parkway. This move could seal the region’s place as a mecca for the arts and a cultural destination to rival New York and Paris.

Or it could be one of those moments we’ll remember with a wince, like a touchdown pass slipping through the fingers, a downtown stadium never built, a city park renovated on the cheap.

Read the rest of Jane Eisner’s piece in the Inquirer: Barnes move would test city’s character.

A great thread over at Kuro5hin, sometimes homelessness isn’t what you think. 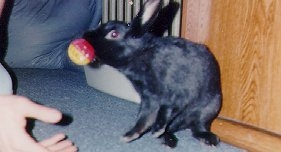 My mini-rex dwarf rabbit, Velvet, passed away this morning. Almost eight years old, and I can’t imagine ever having a greater pet. We’re gonna miss him. Sitting at my home desk, posting this, without him snuggling my foot, just don’t seem right. 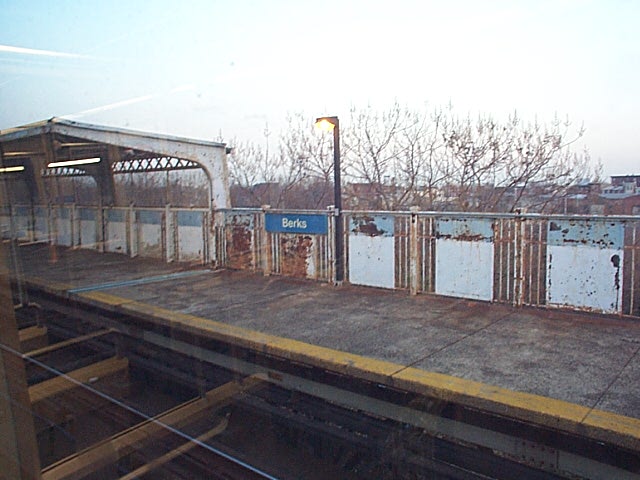 Steve Earle is ready to explain himself. Not that he’s about to apologize for “John Walker’s Blues,” the grimy ballad in which he crawls inside the head of John Walker Lindh, the “American Taliban” serving 20 years for fighting with al-Qaeda’s favorite former Afghan regime.

…”This is the most pro-American record I’ve ever made,” argues the 47-year-old singer, who first threw cold water on the Nashville establishment in 1986, with the release of Guitar Town, his bracing country-rock debut.

For this ardent opponent of the death penalty, patriotism is best expressed through dissent. “I grew up during the Vietnam War, and whenever I see a flag decal,” he writes in Jerusalem’s liner notes, “I subconsciously superimpose ‘America – Love It or Leave It’ across the bottom stripe.”

Read the rest in this Dan DeLuca piece.

Abused and starving, Chester Lee Miller, 18, was forced sometime this month to make a desperate 1,000-mile bus journey from the home of his mother and stepfather in Hazleton, Pa., to the Florida Panhandle, a place from which his natural father had earlier sent him packing.

Aboard the bus, in terminal after terminal, town after town, Miller said, he cried and begged strangers for help.

And in Milton, population 7,400, the stranger who took in the dying boy nobody wanted said her family is trying to raise money for a funeral.

“We’re trying to at least let him have a decent burial,” Goodman said. “It’s the least we can do.” A relative of her family has donated a burial plot.

Though still hazy, the picture emerging of Chester Lee Miller’s life is one of suffering and torture.

Before he died, Miller was able to tell authorities that his father, Robert Lee Miller, dispatched him to Pennsylvania last year to live with his mother and stepfather in Hazleton, about 120 miles north of Philadelphia. He told of being kept mostly in one room, often forced to stand for hours in a corner, being beaten every day, fed only scraps of food, and not allowed out of the house to go to school or see friends.

What a horrific story. Reminds me of reading Dave Pelzer’s A Child Called “It”. Chester had nobody.

Not related, but strangely timed, comes the story of an 11 year old pleading with police to save him from his parents.

And also not related, but immediately recalled, except for a wonderful Grandmother, Erica Pratt, the 7 year old who made headlines for escaping her kidnappers, has no family to rely on. “This is no environment for a child to grow up. Poverty. Drugs. Despair. And most importantly, an absence of male role models.” Yep.

This thread shares the recent destruction that occured at an all-ages Doc Watsons show. It resulted in all-ages shows being banned from the site. From the thread you really can’t tell who is to blame. But there are some interesting questions that arise. And there are solutions.

Interesting InfoWorld article. You know you’re making waves when the big guys try and put you down.

A must read piece from Ray Ozzie.

Ugo Cei’s CocoBlog based on Cocoon