For all those folks who think innovative thinking about the web is for the young, well Doc has just turned 60 and has been greatly influencing how to think about the Web for as long as I’ve been out here (which is pretty darn long, I can remember Dave Winer announcing Doc’s blog’s launch).

Thank you for sharing so much.

Well, not really. I got a lumbar epidural steroid injection Thursday and while the experience wasn’t as bad as I feared, the results have yet to come. The hope from my doctor is that this will kick my physical therapy back into gear. I’ve been told it can take a few days before the effect is felt. Keeping my fingers crossed.

I believe that the Web comprises a living representation of human nature and desire. Our hopes, dreams, wants, needs, joys and hates. Our need to connect with one another. The Web, simply put, is made of people, and the hyperlink is a representation of that.

I realize this makes me sound like some kind of hopeless hippie stuck in 1998, but the proof is all around us.

Local is people. Our job is not to deliver content or a product. Our job is to help them make connections with information and each other.

I could have just as easily quoted Howard Rheingold from the mid-nineties.

Real successes on the Web have shown an understanding of this, whether you call these sites, services and communities Web 1.0, Web 2.0 or whatever – it doesn’t change – and it won’t change – unless something significant happens to the underlining architecture we all participate on.

So when I read the next three pieces that Mathew Ingram says (when you take into account Dan Gillmor’s Bayosphere) reflect a trifecta of failure we can all learn from, it simply reinforced that belief for me.

Wired: Jeff Howe: Did Assignment Zero Fail? A Look Back, and Lessons Learned (certainly not a failure – there is a lot here to be learned from – and what was produced – and continuing to be produced – is to be proud of)

In my opinion, “Small Pieces Loosely Joined” is still the most important book to read about the Web. It will make you realize that on the Web – participatory media happens. All the ideas, features, and concepts we thread through it, we try and trumpet, won’t change it. We can either recognize it – work with it – realize it’s a wondrous, powerful thing – or try and re-invent it or usurp it. The later leads, eventually, to failure. As the record shows.

(note – I was an advisor to NewAssignment.net – so you can take what I say with a grain of salt. however, all you need to do is dive in and you’ll see some impressive, thought provoking work has been put together by everyone involved)

When it rains it pours.

My mom has been back in the hospital, with pneumonia, and has just left another scary stint in ICU. She’s doing better, but still is not out of the woods. Along with that, Richelle has been sick with a stomach thing that’s been bugging her, work is still going 200%, and there was some must-do tasks to take care of with Philly Future. With all this going on I missed blogphiladelphia and a friend’s party I really wanted to make it too 🙁

Susie Madrak shared an expanded version of my earlier piece on my years without health insurance with her readership today.

You can read it here. I added quite a bit about my personal background to the version there.

My post joins others she has shared last week in her “Outsider Politics” series.

Sorry for the sudden lack of conversing and blogging as of late. My day job has been keeping me really busy. That, along with physical therapy (which has stalled btw – I’m going to try epidural steroid injections next), has really been kicking my ass.

In addition to all this, the past month or so, Philly Future started to crash uncontrollably. Drupal’s aggregator isn’t built to scale, in terms of size, as I have painfully found out. It took some major indexing, cache tuning, and aggregator module tweaking, to stabilize things. Along the way I learned quite a bit about MySQL and Drupal. Enough to know that I need look for a replacement for the aggregator or majorly refactor its database usage. Even so, I plan to submit the improvements I made to the community. They’re going to give us a few more months I think.

Some days I still can relate to Chris Gardner’s character in “The Pursuit of Happyness”, where instead of traveling a myriad of buses, perfectly timed, each day to negotiate making it to my place, the job, or school, six hours on public transportation, now it is balancing work, home, health, and passions like Philly Future. A far better situation. But still not enough time to do it all.

We recently went to a farm for a hayride and to pick strawberries. It was a terrific day and thought I’d share these few pics. And yes, before you mention it, we know about pesticides, there were no strawberries eaten without getting washed after that first one got past me 🙂 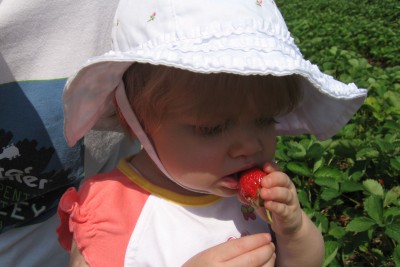 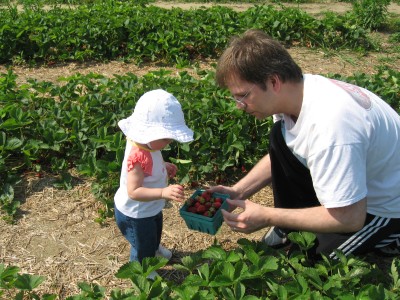 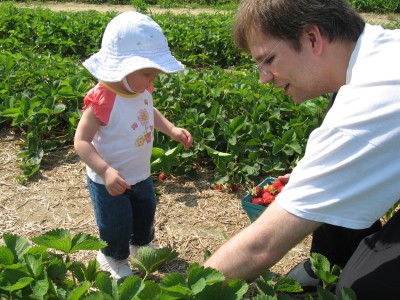 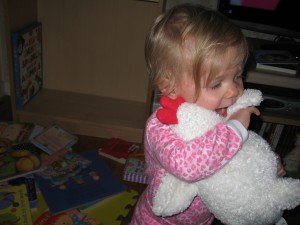 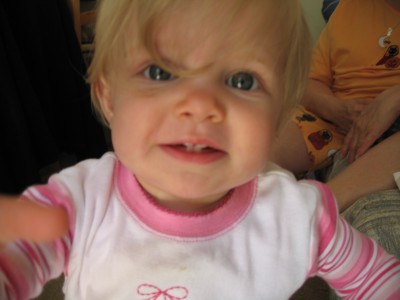